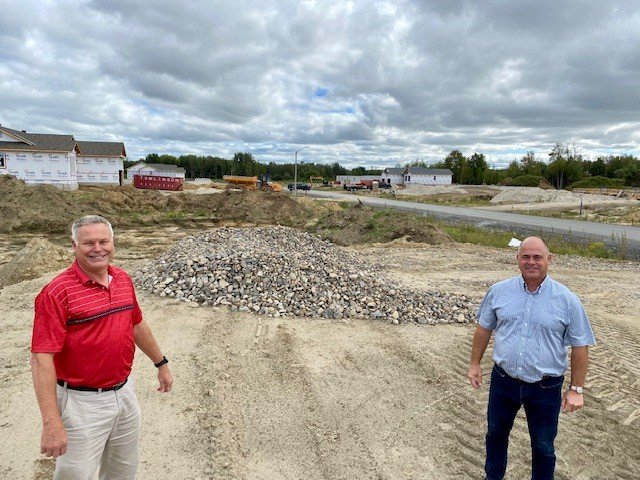 Just in the first eight months of this year, the declared value of construction has reached $52 million, compared to $32 million in all of 2020 and $25 million in 2019.

Over a 10-year period, from 2011 to 2020, North Dundas averaged $22 million in declared construction value annually. That figure more than doubled in 2021, and the year isn’t even over yet.

“The building activity in this area is very strong,” explains Pol. “We have a number of local subdivision projects on the books, such as the Wylie Creek Estates Subdivision in Hallville, Winchester Meadows and Wellings of Winchester.”

He explains that Wellings is currently in its first phase, which includes 63 units and a clubhouse.

“We’re seeing applications for new subdivisions that are coming forward from Chesterville, Morewood and Winchester,” he notes.

So why the sudden boom?

“I’ve asked the question: what is causing this?” says Mayor Tony Fraser. “The answer I got was that people are looking for more space, bigger yards, and North Dundas has what they’re looking for…the small community feel, with a variety of amenities, including top notch facilities and parks.”

Fraser explains that North Dundas makes it easy to do business here because growth benefits everyone in the community.

“Growth means better roads, more services, new facilities and opportunities to do more for the people who live here,” he notes. “Without growth, you’ll have what you had before. To move forward as a township, we need to build our tax base.”

Pol says he’s not seeing any slowdown when it comes to development.

“For the foreseeable future, I can see this growth staying at an exponential rate,” he explains. “I believe the pace of development will be going strong for the next two years.”

Fraser says new neighbours are another added benefit of growth.

“You need a growing population to have fresh ideas and fresh thoughts,” he explains, “it’s a wonderful thing.”